Sarun N K (born on March 21, 1998) of Kannur, Kerala, is titled as ‘Grand Master’ for carving out the names of the maximum number of Indian cricketers who won the 2011 World Cup, along with their jersey numbers. He skillfully carved out the names of 15 players and their jersey numbers on 15 Apsara 10 B pencils, using a pencil carving knife and paper cutter, as confirmed on October 16, 2020. 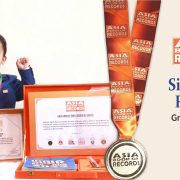 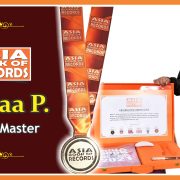